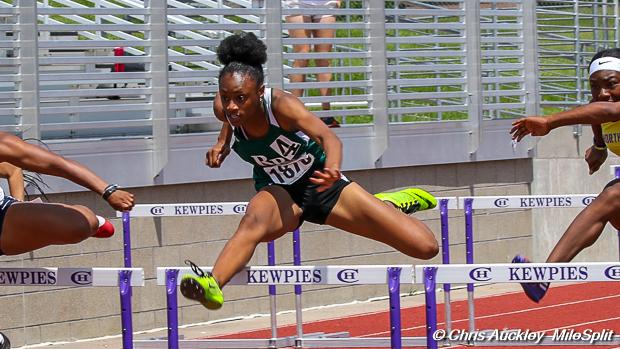 Rock Bridge Sophomore Tyra Wilson has been nothing short of excellent all season long. She ended her season with State Championships in the 100H, 300H, and Triple Jump while finishing as the runner up in the 200m. She ran a All-Class Record of 13.70 into a head wind in the 100H which ranks 17th in the United States this year. She also broke the Class 5 300H record with a 42.35, which currently sits 23rd nationally. 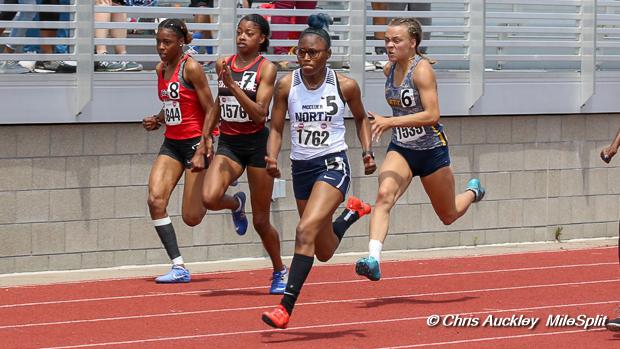 Lauryn Taylor (McCluer North) brought home three State Championships on Saturday. She picked up the win in the 100m with a time of 11.97. She also anchored McCluer North's State Championship 4x100 and 4x200 teams along side teammates Kyra Perry, Kayla Perry, Michelle Owens, and Mauriyoni Tate. 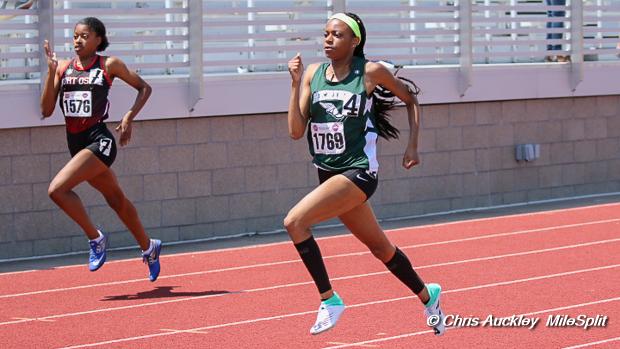 Courtney Williams (Nerinx Hall) has been a force in the sprints all season long. She capped off her season with three State medals this weekend including a State Championship in the 400m. Her winning time in the 400m of 54.87 broke the Class 5 Record and was a new PR for her. She also took 2nd in the 100m and 3rd in the 200m on Saturday. 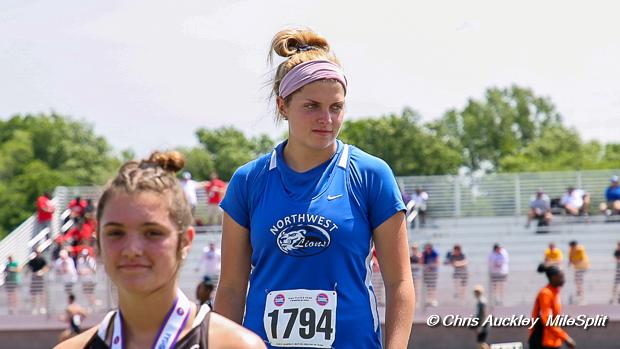 Northwest Senior Megan Fortner broke the All-Class Record on Saturday as she claimed the State Championship in the Javelin. She threw a 14 foot PR with a throw of 158-0, which not only is the All-Class record, but also is the 5th farthest javelin throw in the nation this year. 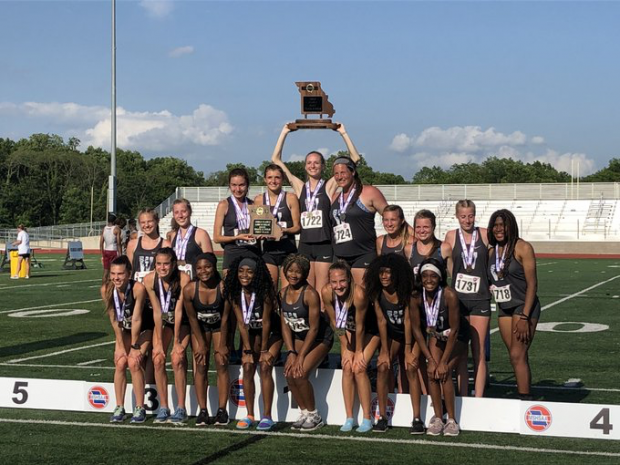 The Lee's Summit West Girls won their 4th Straight State Championship on Saturday behind some great performances across the board in which they scored 66 points. Jessica Haney won the Class 5 State Championships in the High Jump, marking the 4th straight year she has won that event. Audrey Parson won the 800m State Title with a time 2:13.19, and Madison Hulsey was 5th with a 2:18.07. Ginger Murnieks dominated on her way to the 3200m State Championship with a time of 10:57 and was second in the 1600m, and Addie Mathis took 8th in the 3200m with a time of 11:39. Their 4x800m team of Audrey Parson, Ginger Murnieks, Hailey Hardin, and Madison Hulsey won their third straight state championship in that event. Maddie Harris was the runner up in both the Javelin and Shot Put, and Akirah Venerable took third in the 300H. Their 4x400m team of Charli Ritchey, Madison Hulsey, Akirah Venerable, and Audrey Parson took third, and their 4x100m team of Marissa Ritchey, Charli Ritchey, Destiny Kelly, and Akirah Venerable placed 5th.