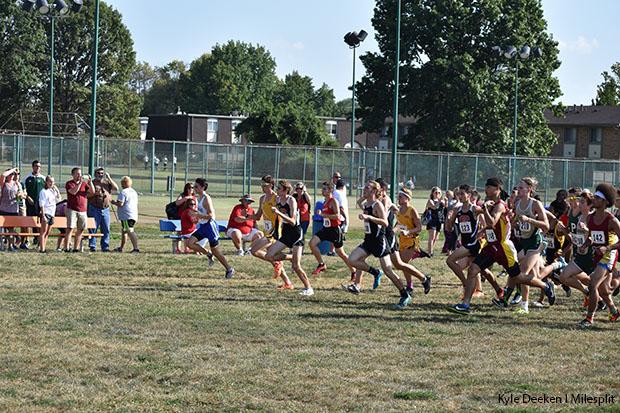 I just got off the phone with Mother Nature and she said to just be patient as this weekend was probably the last hot weekend we'll see until next April. I said, "Thank you. Thank you so much." With incredible performances across the state and in Kansas, it's hard to believe that most people either required help to get out of the chute. Some weren't even able to run their race (or their full race) as some meets were cancelled and some races were shortened. Many wished for earlier mornings, but even at 7:30 AM, the men in the College 8K at the Six Flags Open were still baking in the low, just-risen sun - I can attest as I one of those men. Regardless, though the heat may have taken it's toll on sweat-drenched, day-long spectators and those athletes whose loud cries as they crossed the finish line symbolized their deep appreciation for being finished with their race, there were still a number of athletes - many of which whose names you should know by now - that shone even in the unfavorable conditions. Read on to find out what some of those amazing young men and women did!